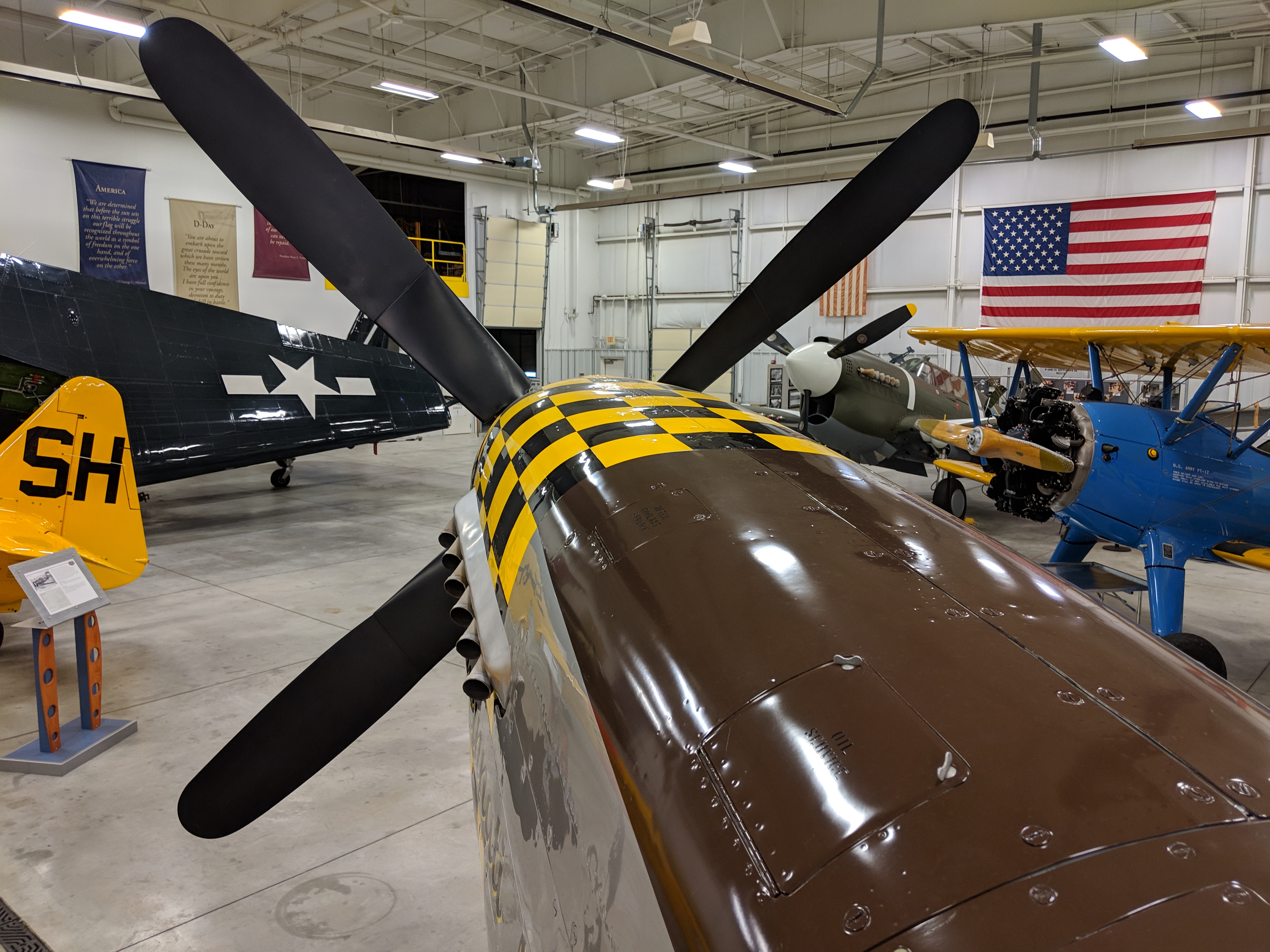 The Statement "We are Under Attack" is Not a political statement.

It's fallacy, or purposeful distraction to say that speaking about an attack on the US is political. That's Beyond the Pale.

American sovereignty is threatened and on the brink of collapse.

Anyone can pay known private companies like "Psy Group", or NSO hundreds of millions of dollars and they can alter how a Country thinks about their leaders, about their fellow citizens, about their foreign policy, and the direction their Country should take even if it is against that Country's interests.

Private companies for hire can manipulate entire populations using targeted social media posts from fraudulent social media profiles, targeted social media ads, hate speech, lies, half truths, instagatorial memes, videos, false accusations.. to get an entire Country to turn on their own Government, on each other, or do things that are not in the best interest of their Country.

This is being done to the United States right now.

A foreign Government, military, or intelligence service can get you to kill your own leaders, to kill each other without invading your Country. Think this is over kill? Read on about how the attack was first tested in Montenegro. Or simply look around in the US right now. We All Witnessed it.

Republican and or Democrat and or Green and or whomever are all under attack and losing control of our own Narrative. Our Sovereignty: The ability to govern ourselves.

NOT A POLITCAL CONCEPT:

The Bipartisan Senate Intelligence Committee, signed off on by among others Republican John Cornyn, states that Donald Trump, Paul Manafort & Roger Stone "Represent one of the single most grave counterintelligence threats in the modern era".

The Bipartisian Senate Intelligence Report demonstrates that people in our White House have colluded and conspired with adversarial foreign militaries to not only alter how you think but to sow division, discord, and incite violence to permanently harm the United States.

(52 Senators conspired to hide this crime from the citizens who impeached the president over it.)

National Security Is Not Politcal

"According to the Senate intelligence committee report, the coup attempt in Montenegro was orchestrated by Oleg Deripaska, a Russian oligarch who also happened to employ the services of Psy-Group, according to the Senate report. “By 2016, Deripaska was involved in funding and executing an aggressive Russian-directed campaign to overthrow the Montenegrin government and assassinate the Prime Minister in a violent coup,” the report stated."

Deripaska successfully achieved Montenegro to turn on its own government from outside of that country using targeted disinformation though weaponized social media. Montenegro went from stable to a Coup without the country knowing who or where the anonymous disinformation was coming from; this proved the weapon a Major Success.

Paul Manafort then used this weaponized communication to get Pro Russian officials elected in Ukraine.

(Manafort likely helped helped Russia use this weapon on the Crimea, and why did England vote themselves out of the European Union???)

It takes tons of money to affect an entire Country especially one the size of the USA. Trump campaign spent 90 million - Paul Manafort took the analytics, the data returned from the 90 million in Trump ads- and gave it weekly to a known Russian intelligence officer.

Bipartisan Senate Committee release last week stated for fact that Kilimnick is a Russian Intelligence Officer AND he likely directly played a role in hacking the DNC server.

When Manafort left the campaign Manafort made it extremely important that Rick Gates provide the data to Constantine Kilimnick, who we now know is a Russian Intelligence Officer.

(Why was Gates testimony in the impeachment suppressed by 52 Senators?)

https://www.theguardian.com/us-news/2019/jan/08/manafort-russian-poll-share-konstantin-kilimnik-trump-investigation-2016-election-latest (witnesses blocked from testifying in the criminal impeachment why?)

If you are the Russian GRU and are running fake social ads, targeted FB ads, Twitter posts from fraudulent Twitter personas.. Knowing Where to target and who to target saves hundreds of millions of dollars, effectively, knowing where to target, who to target, and the message to target make the attack feasible and effective. Without Manafort's spying on America Russia would likely not have been able to successfully target America with disinformation, it would have been too costly and a huge risk.

Paul Manafort is the greatest traitor America has ever seen actively conspiring with an attack on the Sovereignty of the United States by a foreign military.

Roger Stone coordinated with Julian Assange who the Russian hackers, assisted by Kilimnick, provided hacked DNC emails. Russia hacked both the GOP and the DNC, no one knows what became of the hacked materials from the GOP...

Consider Fraudulent accounts. The vehicle that most of the disinformation comes from are Fake profiles. So it is not an ad paid for by the "People For A Profitable America" The messaging comes from the a fake social media profile pretending to be a white suburban mother who has a cross with Jesus as their avatar and and blazing American flag as their banner pic. Fraudulent accounts push information bc your more likely to take information in from someone you like or that resembles you.

Roger Stone himself had Hundreds of fake social media profiles so depending on who he was targeting he would use that fake profile to fraudulently get his message too. He also kept fake blogs so his links to citations where make up fake websites made to look official or real but was made up in an evening complete with banner advertisers.

Elect the two mean old muppets who diss everyone -

what I am telling you is not political! You, the GOP, the DNC, the Greens, The everyone in the USA is under attack. The attack is nefarious, meaning it is not harmless just trying to get a bunch of odd laws passed, the attack is sowing division and discord and leading towards an American Civil War.

In my line of work I try to get in front of someone looking to purchase and get them to purchase from my client. At the Psy Group, who hire their services out to effect the outcome of elections and who were at play in 2016 US election, () outlined in the Senate Intelligence Committee report Vol 5, they do not need to get you to buy anything. They simply need to get the right message, in front of the right person, at the right time. I witnessed the messaging. A sting component of the strategy takes something Americans can be angry or hurt, the precedence to anger, and expound on that, THEN, in the same message, blame it, conflate it, associate it, with a different American person or organization that the attacker once the public to turn on.

Simply ask yourself, all of the evil in the World is now being blamed on one political party. That should raise red flags.

The attack is still going on. Now when you look at social media you will see it inciting anger and pointing that anger at a political party, or enemy of the attackers. The attack is attempting to prep americans to kill americans leveraging our love of guns, love of conspiracy theories, racism, and economic disparity, playing what is already there inflaming tensions until America "takes care of itself" without ever having to fire a shot.

The Solution is to Come Together. To listen to each other. To think about any and all point of views. No name calling. Be honest. Think about the other sides. It is not a time to be Democrat's, Rupublican, Green... It is a time to be an American. Our two party system has been turned on us. As people use politics to obfuscate an attack on the Sovereignty of the United States of America that is leading us to war with ourselves!

In the coming days I will break down how the messages themselves work to incite, divide, and sow distrust in the US Gov, in each other, in our institutions, policies...